When I saw that Hotel Chocolat had brought out a whole range called, ‘Milk Free ‘Milk’ Chocolate,’ I ran straight out to get some!

The concept is fabulous, I think its great that such a huge company have seen the gap in the market there is that is good quality dairy free chocolate that is a good taste replacement for milk chocolate, for either those allergic to dairy, lactose or are vegan. Usually I take a nibble of ‘free from’ ‘milk chocolate,’ wrinkle my nose, complain its not the same as my beloved milk chocolate, then shove it back in the cupboard until the next time, where the cycle of disappointment continues.

I tried the ‘Bunny Lick,’ (shop: here) I wanted the Milk Puddles as they are small button like pieces which are more appetising for me as I’ve always preferred smaller pieces than a huge chunk that I have to chomp off. The shop told me that since its a new line, they don’t have the whole ranges in every shop- this could also be due to the fact Easter is approaching and they have so many Easter egg ranges in stock. For my next order I will probably just order online!

Now for the taste! I was excited at first, the chocolate is noticeably creamier than other alternatives, and is one of the closest things to chocolate I’ve had up until now (except for the Booja Booja chocolates but they’re more a box of chocolate rather than a quick chocolate bar.) I think the Bunny Lick lolly was a bit too thick and therefore an overwhelming taste- on the website they do say that a little bit can satisfy your chocolate craving, so it does make sense that I could only break little bits off the lolly at once. The texture when you let it melt in your mouth isn’t as smooth as milk chocolate, it’s not lumpy per se but its not a completely cream consistency, perhaps slightly grainy- the jury is out as to whether this is because its made with almond milk powder, or because it doesn’t have the cream in the ingredients, whereas lots of the chocolate from Hotel Chocolat seem to have. If you compare the ingredients in the Milk Free chocolate there are limited ingredients:
Cocoa Solids (cocoa mass, cocoa butter), sugar, almond powder, emulsifier (Sunflower lecithin.) compared to the other chocolates you can see how much healthier this chocolate is, with a much lower fat content- I’m convincing myself this means I can eat more of it! 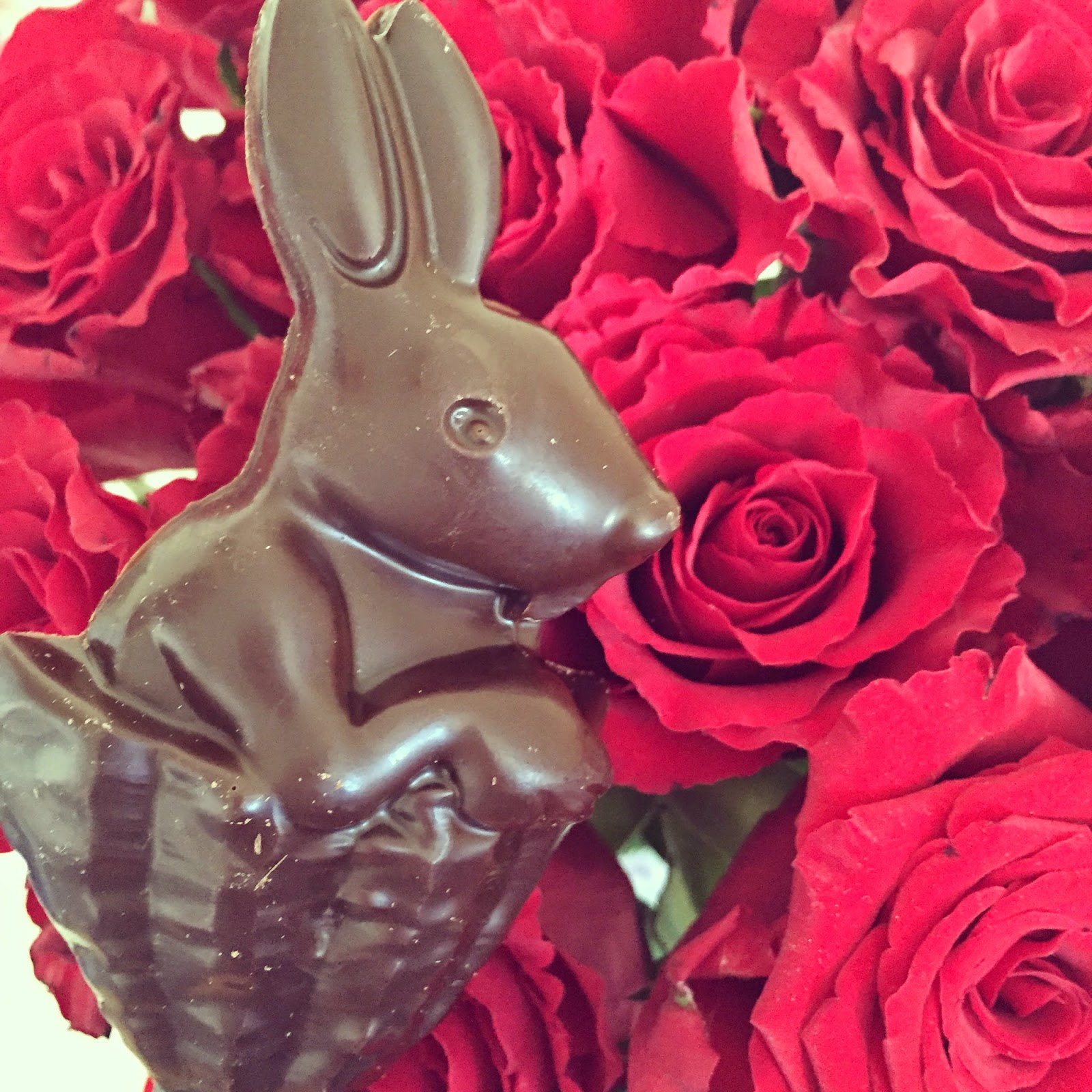 The Bunny Lick, for me was too much, I would give the range another go with the milk puddles or possibly the Milk-Free Milk Goose Egg Easter egg, which will be thinner chocolate and therefore I think the issues I did have with the chocolate will be lessened.

Overall I did really enjoy the chocolate, I found it moorish, and Hotel Chocolat have definitely done a good job with the light taste of them, the bitterness that is usually left in my mouth with dark chocolate (the main hatred I have for it) was absent, it was creamy and rich and therefore was one of the closest replacements I’ve found thus far. Its already a good one, I think the puddles may be even more of a winner though!