March 21, 2015
This might seem a bit of a random one, blogging about the food at a spa, but when you consider being allergic to an ingredient that is used in most cooking, whether that be any of the main allergens, it’s a bit terrifying thinking you’re going away to one place for three days that doesn’t have any shops or places to go get foods you actually can eat. I admit I did pack my own snacks just incase- rarely will I be found without some emergency food in my bag because I can’t stand being hungry!
Anyway- going to the spa I was abit worried- they deliver breakfast to you in bed, and you go to lunch and dinner in the restaurant there- so I was worried I’d be hungry for 3 days! The reality was that they were the best ever at catering for allergies! Once you get there they get you to fill in a form stating what you can’t have, the breakfast menu you fill out has a whole set menu for dairy (and also one for gluten) allergy sufferers. My breakfast is pictured below:
For lunch and dinner, everytime we went they gave me a separate menu that had been highlighted by the chef to show me what I couldn’t eat, and all of the buffet items at lunch had symbols on the cards to show the different allergens (for example a milk bottle for dairy and a barley branch for gluten etc.) 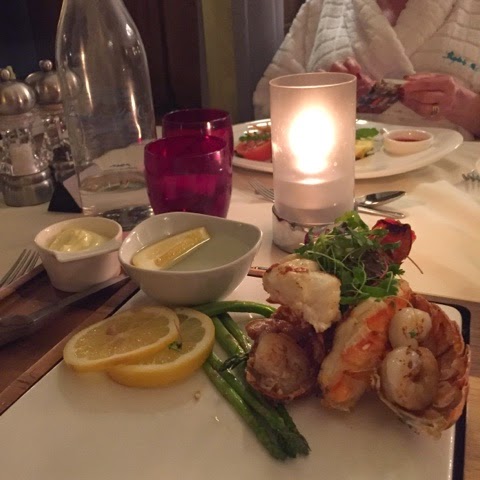 For dinner both nights I had my favourite meal of lobster and prawns- this was an additional charge but I was love lobster so it’s definately worth it!
Most times for dessert I had one of the nicest dairy free ice cream- very creamy and flavoursome- they had this in both vanilla and raspberry! 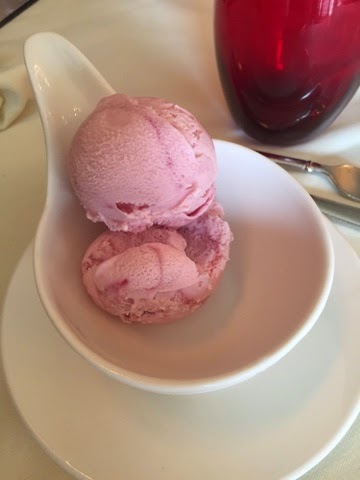 Obviously the spa itself is amazing- that all goes without saying, but I thought I’d give you all a bit of an idea incase you wanted a spa break but we’re worried about your tummy! The attention they give to individuals allergies is great and it made staying there so much better- so whether you’ve stumbled across this because you’re interested in going or not- it’s definately worth considering!
0 comment
0
FacebookTwitterPinterest
previous post