January 17, 2016
Happy 2016 Everyone!
This year I spent the New Year’s break in one of the most beautiful cities in the world- Paris. 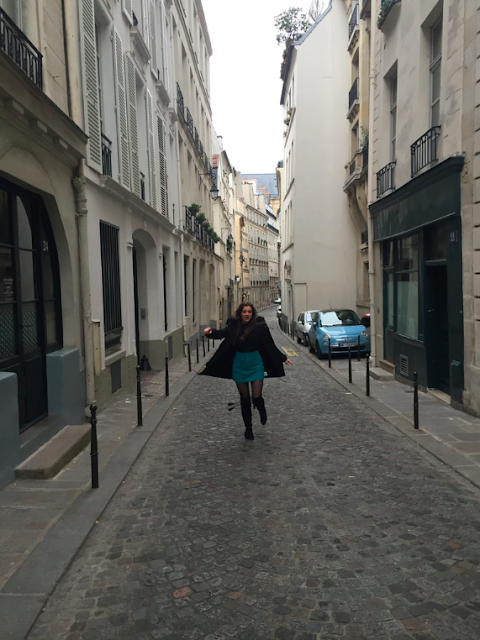 I spent the entire week frolicking around the capital, pretending to be French, until someone French actually spoke to me, when I then smiled innocently and nodded- we went to a Japanese restaurant where we spoke neither Japanese nor French, when the waitress walked away from the table, there was a moment when we looked at one another and asked ‘do you have any idea what we just ordered?!’
Confusion aside, I found one or two restaurants I want to share with you to be Dairy Free in Paris! 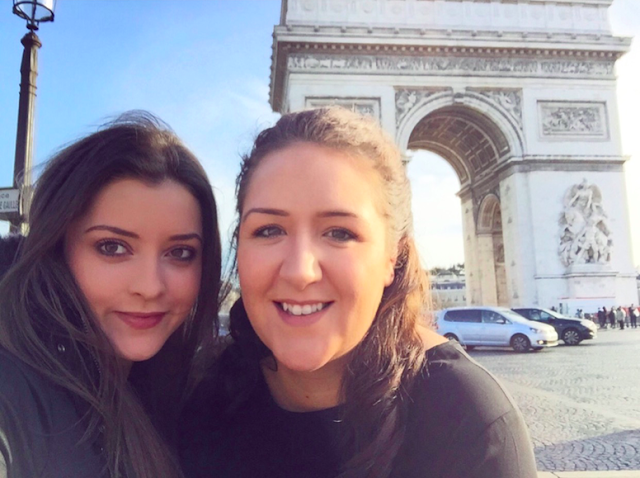 Whilst visiting the Arc de Triomphe, we got slightly peckish, and with many restaurants on the streets surrounding the Arc, we picked the one that was pink and purple (obviously) with a Jackson 5 mural (obviously.) The love affair with this restaurant, La Flamme, began, we found ourselves here a few more times, once we got the subway across Paris to here, which is shameful because there are so many beautiful restaurants in Paris we should explore, however, this one had the best French bread and it came with a spray olive oil and balsamic vinegar, which we found more than entertaining. The food was great, I had both the vegetable pasta, and a ‘Prawn wok’ which was Chinese vegetables and prawns in a sauce. Both were incredibly tasty, and the service and the fact that it seemed lots of locals visited here, made it a winner for us. 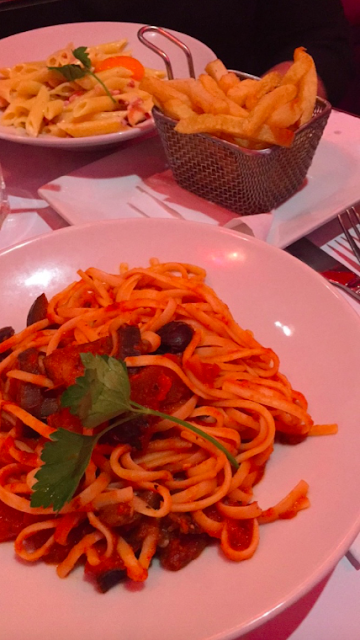 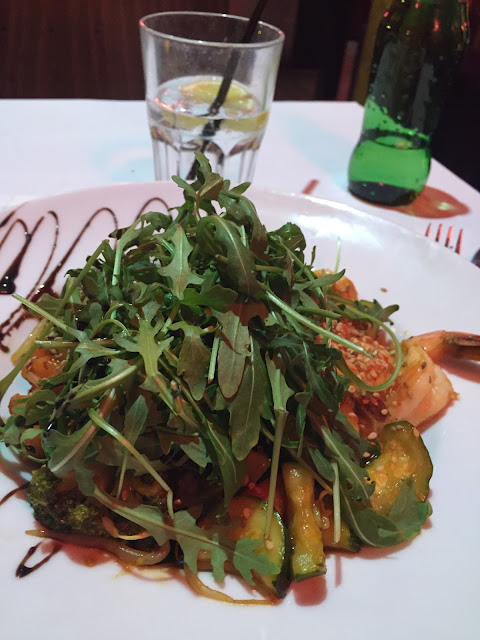 A handy little map to show where the restaurant is. 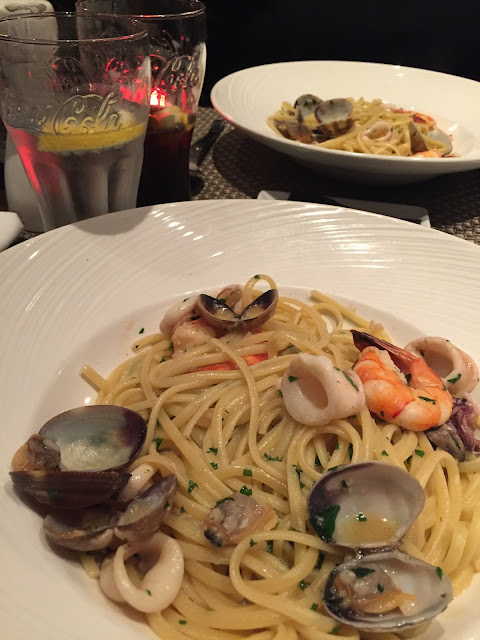 We also visited Romantica Caffé where we enjoyed a seafood pasta. I thought it would be in a tomato sauce, I would never usually eat pasta in a oil sauce, however it worked really well with the seafood, and I would really recommend going here for the local vibe and good food! 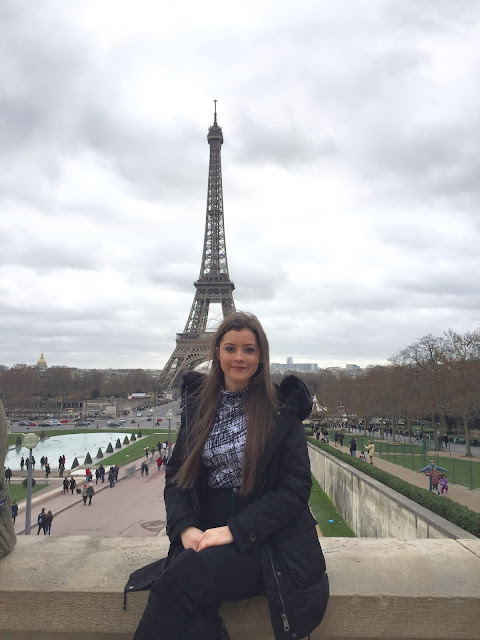 I can’t wait to blog more this year and find even more non dairy treats!