July 27, 2016
Recently I went on holiday to California; if you’ve read my last blog post, (my June eating out summary) you might have seen a few spoilers of my favourite places to eat, but bear with me- I’m going into detail.
So without further ado, here’s my favourite dairy free and coeliac friendly finds from California… 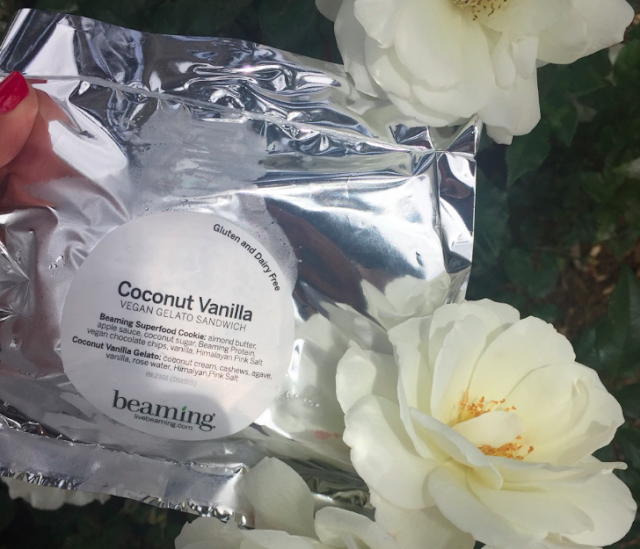 I was walking down the street in La Jolla, when my beady little eyes caught a sign advertising dairy and gluten free treats; with a quite toodle pip over my shoulder to my parents, I sauntered into Beaming and found myself overwhelmed with choice! Was I going to go for an acai bowl? Was I going to go for a superfood salad? Don’t be daft, I got a coconut vanilla vegan gelato sandwich, a brownie and also a cookie; hold the judgements please, if I don’t try these things, who is possibly going to report back to you all on my favourite thing?!
The coconut vanilla vegan gelato sandwich was a firm favourite, my mum actually took a photo of me eating it on a bench, but I look maniacally happy and would you believe it- it’s not a great look on me (that and I somehow got ice-cream down my top, oops.) The gelato being a coconut flavour adds a refreshing layer whilst the ‘superfood cookie,’ made with almond butter and vegan chocolate chips, added the texture of the chewy vs the ice-cream- couple this with it being a darn tasty cookie, and you’ve got a winning combo.
I’d recommend the vegan chocolate cookie on it’s own over the chocolate fudge brownie, though lets be honest, I didn’t have time to photograph either of these products for you before they were eaten, so that probably tells you more than anything. 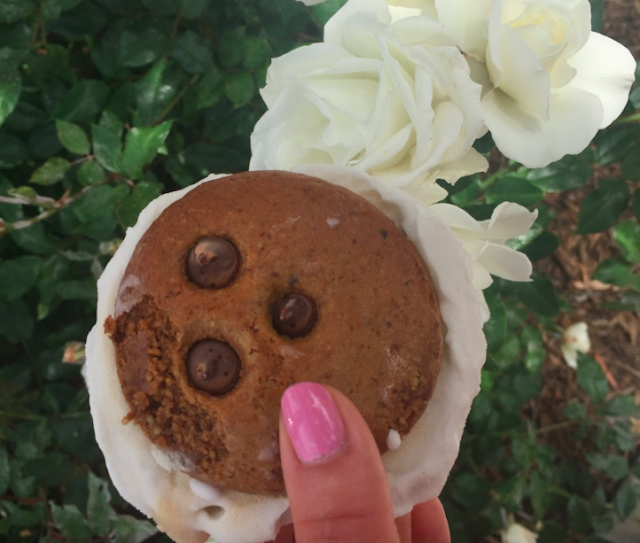 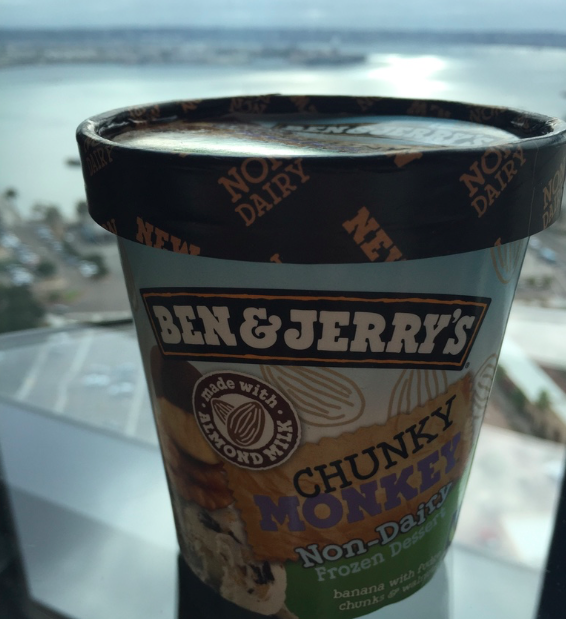 I’ve got some of the best news to announce- after quite the friendship hiatus from Mr Ben and Mr Jerry, where I found myself rather allergic to the pair, we’ve found ourselves back on friendly terms now they’ve brought out their new non-dairy ice-cream range.
There are a few flavours of this, though the others are either coffee flavoured (bleugh) or have wheat in, in the case of the chocolate fudge brownie that I really wanted.
However; mustn’t grumble, as I found the Chunky Monkey non-dairy dessert- yes that’s the name of the ice-cream and not one my brothers pet names for me thank you very much.
The flavouring within this is banana with fudge chunks and walnuts. I’ve never been one to order banana ice-cream; but this is potentially the nicest ice-cream I’ve had in three years; the fudge chunks are to die for, the walnuts add a nice mixture of textures, and the banana is so light and tasty. I conferred with my parents, and they confirmed my suspicions; if I hadn’t told them it was dairy free, you honestly wouldn’t have known. Result.
It’s also worth mentioning here I also loved the ‘So Delicious Cashewmilk Salted Caramel Cluster’ ice-cream which was also a dream, Ben & Jerry won it by a tiny amount based mainly on those fudge chunks I dream so often about, being back in the UK without them is tough… 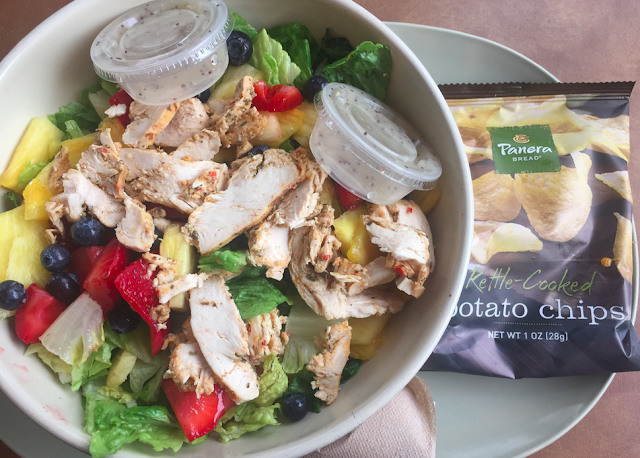 We went to Panera bread quite a few times whilst out there; the salad is just so tasty- it’s the one they bring out for summer, called the ‘strawberry poppyseed salad,’ just make sure to order it with no croutons! I had their green passion power smoothie when I was fresh off the flight, and whilst I felt horrible from the long flight (and multiple babies screaming the entire time,) this was a huge pick me up and was super refreshing. I had to go back a few times to pick one up after that; if you like a good juice, this ones for you. 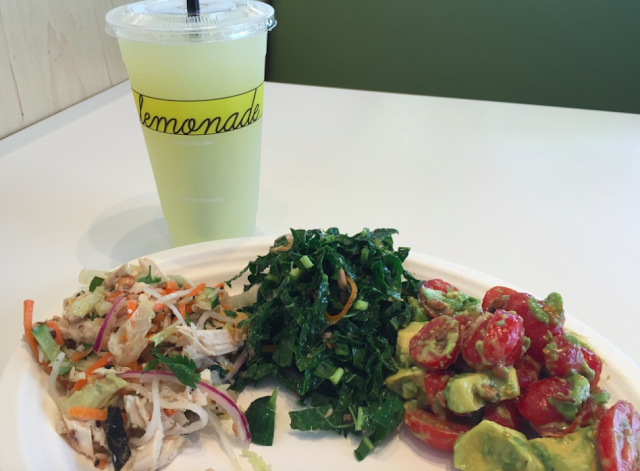 Whilst wandering around Huntington Beach I stumbled on ‘Lemonade,’ it looked so bright and fun that I was immediately drawn inside; if anywhere reflects the cool, fun and quirky side of California, it’s this place.
With The Beach Boys playing in the back ground, little cards in front of each dish saying which allergens were in what, the staff explained you can mix-n-match items from the ‘marketplace vegetables’ area. If you’re looking for a healthy lunch, and some good ol’ fashioned lemonade, go have a taste of California here (from this one at Huntington Beach, you can look out of huge floor to ceiling windows and see the surf on the beach.) 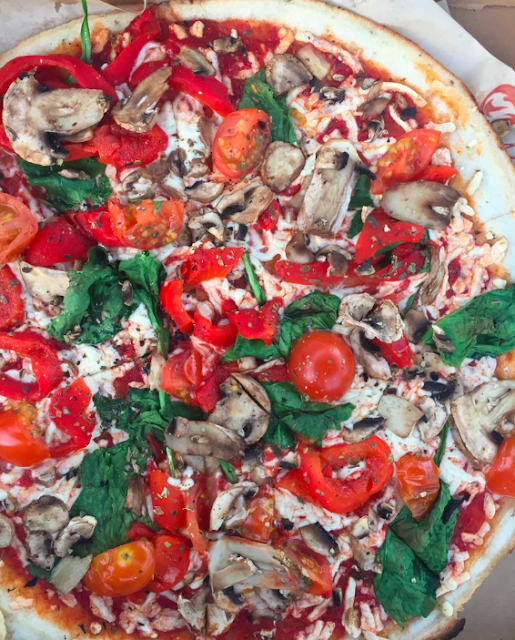 Having a huge craving for pizza, I found myself in Blaze pizzeria after a quick shopping trip. I saw on the menu they had a gluten free base- fab I was half way there, after they’d checked their allergy book, it was great news for Laura as they confirmed that not only could I have the gluten free pizza, but they also had vegan cheese.
It was a production line style laid back affair where you picked which toppings you wanted and at the end they put it in a large brick pizza oven. Since mine was marked an ‘allergy’ pizza, they changed their gloves and only one person made my pizza instead of the multiple that would have done, to limit cross contamination (you’ll know if you eat out, the risk is rarely zero,) and then they cooked it in the oven on a special tray so the base wasn’t contaminated by the rest of the pizzas that’d been in the oven. Great service and an incredibly tasty pizza; one of the best gluten free pizza bases I’ve ever tried, I can’t recommend trying this place enough! 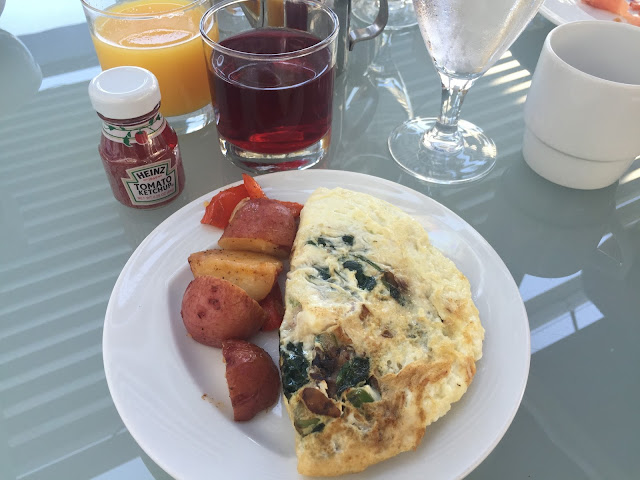 A hotel that caters well for allergies is always worth a mention for anyone else looking to take a trip in the area; these days an important factor in booking a resort style hotel is will I be able to eat in the restaurants? In this case, for breakfast it’s a definite yes; the buffet style allows you to go choose your own meal, which whilst the fruit was amazing, the fact you could go to the omlette bar, explain your allergies and get an omelette and breakfast potatoes made just how you like it, is a great plus. The fact it was Palm Desert, with views such as the ones below, sure did help too! 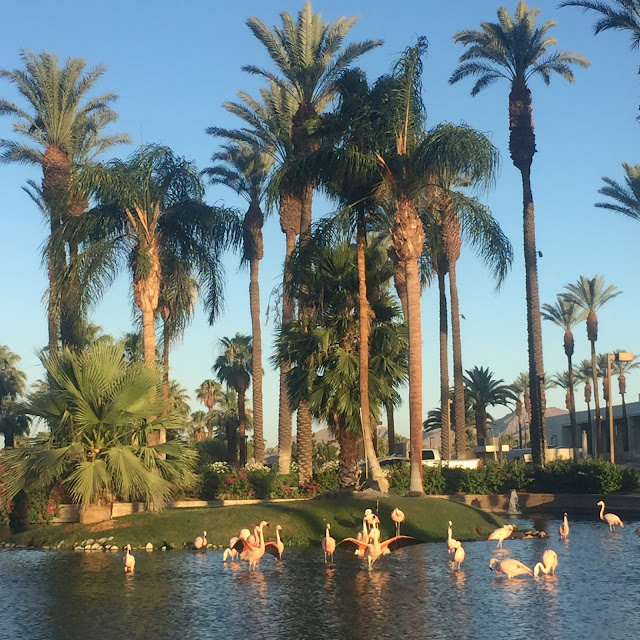 So there we go; my dairy free, gluten free roundup from California. Of course I can’t blog about everything I ate, firstly (and mainly) because I don’t want to admit how much I ate, and secondly, that’d be a real long blog post; but here you are, with my top few picks of places to visit and things to try!
I hope you enjoyed it, leave me a comment if you have any places you love to go to in California! 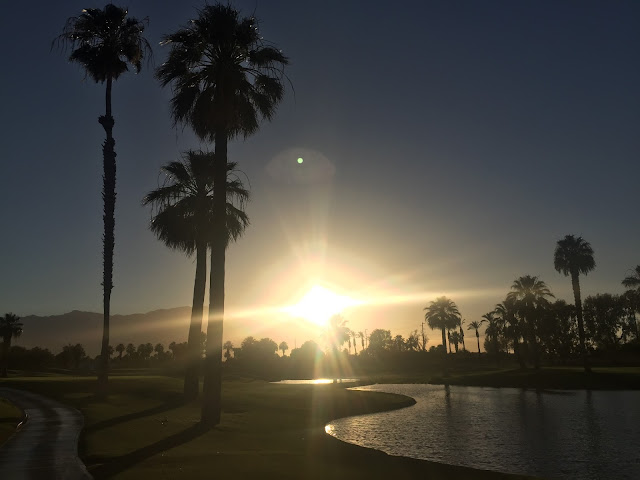