Home Allergies A Year Being Gluten Free & Dairy Free | What Have I Learnt?

A Year Being Gluten Free & Dairy Free | What Have I Learnt?

I’ve been dairy free for three years, and gluten free for a year now. When the news broke that I’d be coeliac + dairy free, the adjustment period was admittedly pretty tough, however a year on and it’s not even half as bad as I thought- so I thought I’d share what I’ve learnt… 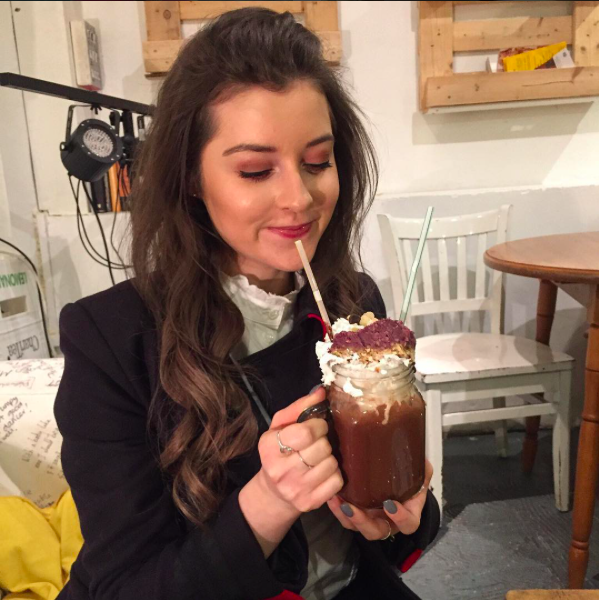 Cross-Contamination is the worst.

I always say that cross contamination is my enemy and I’m really not joking. There’s little more annoying than when you’re being completely careful and not eating the pizza and not having the chocolate bar and you’re still ill for some unknown reason. This never happens at home anymore because I’m really careful- but restaurants are a completely different story! I know nowhere can 100% guarantee dishes without traces of allergens with no disclaimer but I remain convinced they could do more if they tried. There’s been multiple times this year that a restaurant has messed up- one put mascarpone cheese in my coconut sorbet desert and one just ‘forgot’ to tell the chef the avo on toast was on gluten free bread not ‘normal’ bread. It’s incredibly frustrating when people make you ill and don’t seem to understand that you will remain ill for days afterwards because of a small mistake they’ve made.
I’ve never wanted to let it stop me though. I don’t want to not be able to go out with my friends because I’m paranoid I’ll be ill, so over time I’ve found the best restaurants and those that are clued up for allergies and have specific menus. I’ll scout the place out before hand and make sure it’s suitable. I’ve also learnt to not be so shy about it all- you might have had a similar experience to me when you ask a waiter or waitress if there’s any dairy in a sauce, and receive a ‘dunno’ in response- I’ve learnt to say ‘well please can you go ask’ instead of being shy about it. I now even double check when it arrives that it’s definitely GF DF- I’ve learnt that it’s better to be safe than very sorry! 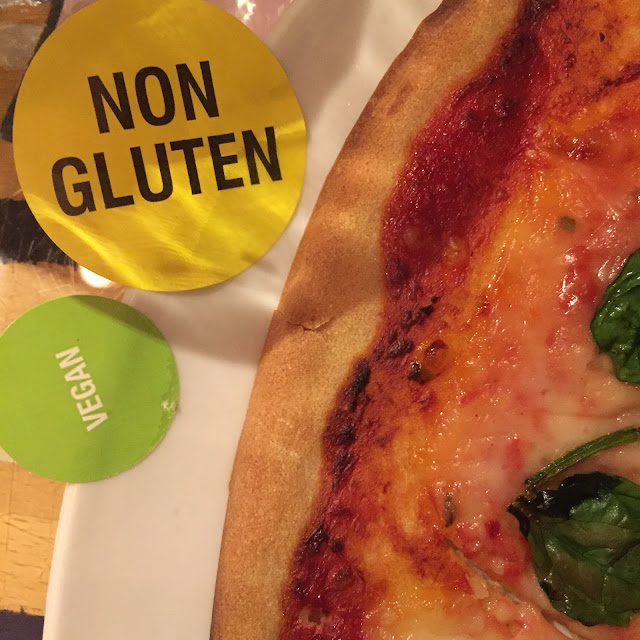 Sometimes, you’ll just really want the dessert.
Whilst I keep my blog pretty preppy and I mostly am okay with being dairy and gluten free, sometimes someone will order a dessert and I just want one. Or I won’t want to have to ask over and over if this has this or that ingredient in.
I’m happy to say that I know the repercussions with how I feel for the next week will depend on if I eat the food or not, and so I’ve never caved and eaten anything I shouldn’t, although admittedly it’s crossed my mind to do so more than once. I think on these days it’s important to remember that before you went through all the tests that yes, you could eat whatever you wanted- but no, you didn’t feel better than you do now. 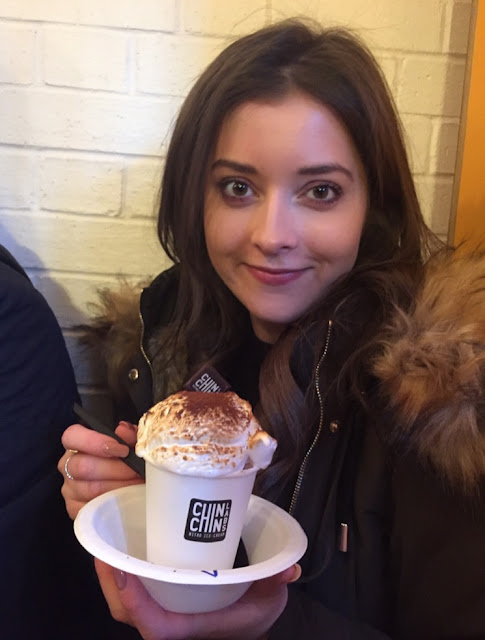 Research!
I learnt this the hard way- we were in a mall in America and we went into a restaurant. I kid you not- I couldn’t eat a single thing on the menu- even the salads. Cancelling the drinks order and walking out I told myself I’d always be more prepared.
The next time I visited the states I went on blogs, websites and social media, producing a Google map full of places to visit with descriptions of whether they were breakfast, lunch, dinner or a snack place. This took some time, but when we were walking down a random street and I got a hunger pang because I hadn’t eaten in 5 minutes, it really came in handy! It also meant I got to try lots of new places I wouldn’t have known about previously- when I next take a trip, I’m definitely going to be doing this again! 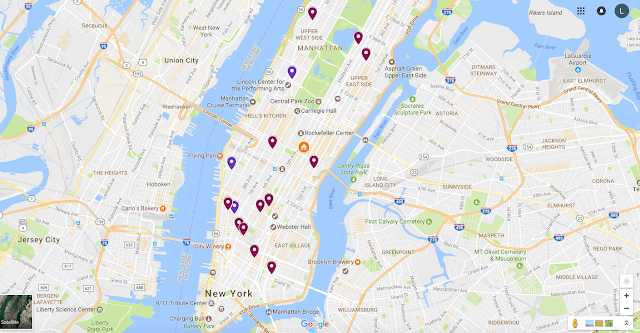 You’ve got to try some cardboard to find the good stuff
I admit to being quite the Panicking Pam after I was told I had to be both dairy and gluten free, running to every supermarket within a 10 mile radius and buying the entire free from aisle. It was actually what made me start this blog- I tried all the GF DF items that taste like cardboard to find my favourite brands and products which taste the most like the real thing. Once you find your favourite bread or cake etc. it’s easy to settle into the new diet. Remember though- if you re-purchase things time and time again keep checking the label as sometimes recipes change. 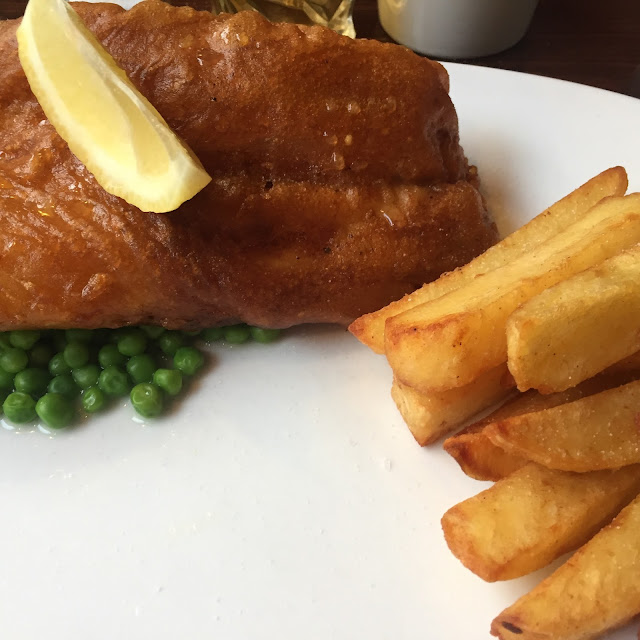 CHECK EVERYTHING!
For months after cutting out dairy and then gluten years later, I’d randomly be ill after a meal – oh wait, some spices have milk in them?! Some alcohol has gluten in it?! Perhaps this was me being dense, but it’s crazy the amount of things that have allergens in that you wouldn’t necessarily have thought of or checked.
It’s getting easier
Brands are getting better and more clued up- as are restaurants and as supermarkets realise the huge potential of the free-from market, their ranges are getting larger and larger. The free-from food produced is better tasting and there’s more to choose from. Even from last March to this it’s changed- last year I couldn’t buy a birthday cake and this year there was multiple- I even got one from Asda and one from Sainsbury’s just to make up for lost time! 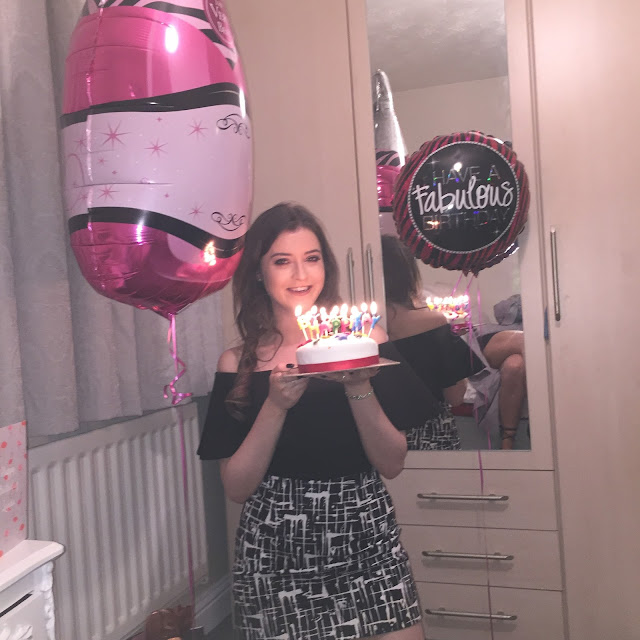 You get used to it!
Obsessively checking labels and menus may seem overwhelming at first- but it really does become second nature. If you’re going for a day out where there might not be anything you can eat- take something in your bag or car. If you’re going to the Christmas market where everyone will be drinking a hot chocolate for example, take your own suitable hot chocolate powder and just ask for hot water or almond/soya milk once you’re there. Once you’re used to it and prepared, it really becomes so much easier!
Most places now have dedicated allergen menus- remember to ask for this so it makes it easier to order. Cross referencing between allergen menus has become my life! 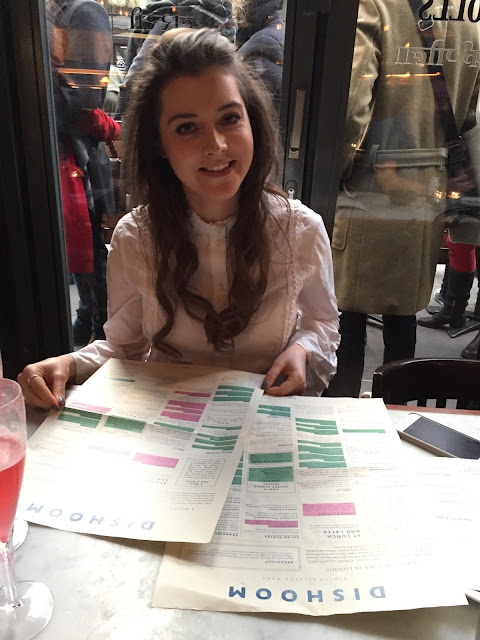 As time’s gone on, It’s definitely getting easier, both in terms of the free-from industry improving and in how I’ve learnt to adapt to the new diet. Going forward for this blog, I plan to post more regularly, and for day to day what-I’m-eating-and-getting-up-to, make sure you’re following my twitter!